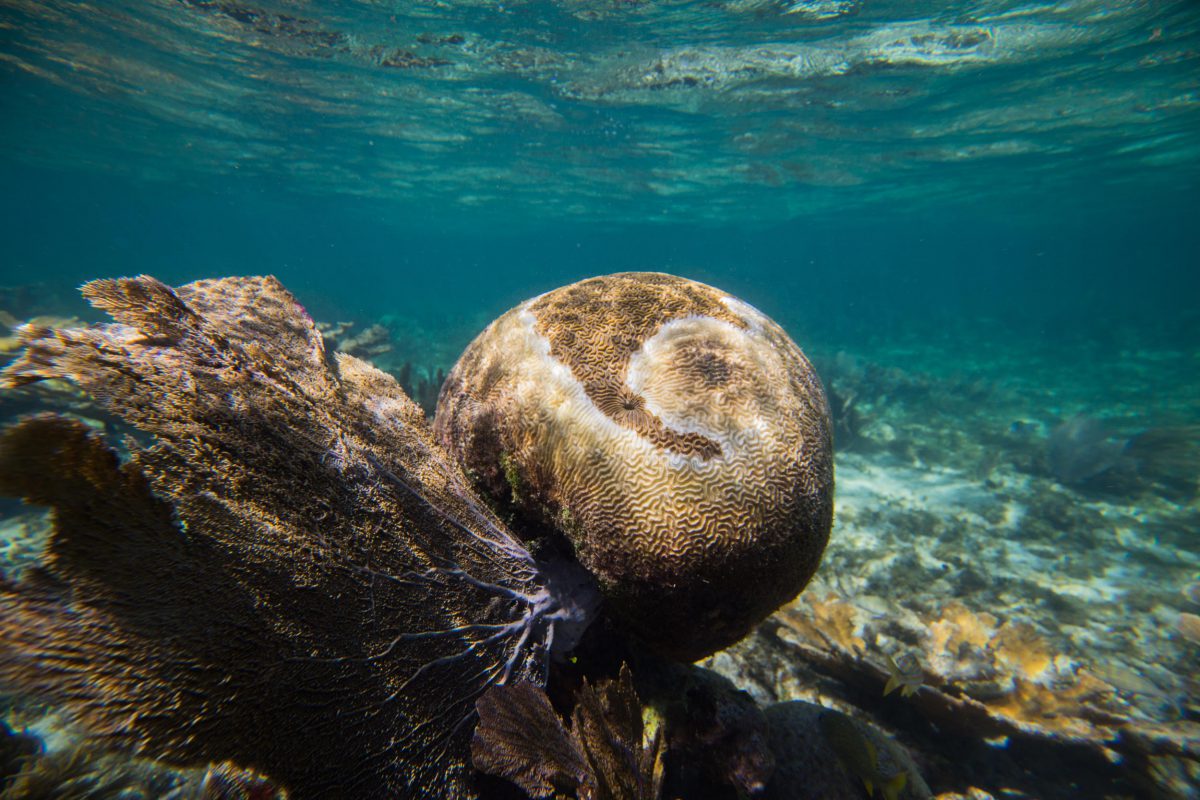 If you are reading this, then you will likely have already heard some talk about the partial Cozumel Marine Park closure and want to know more. In this post, I wanted to address the closure of dive sites in Cozumel and clear up some of the rumors.

On Monday, September 23rd the Marine Park of Cozumel announced that they are closing the Southern part of the Marine Park from October 7th until an unknown date and time. Although it has been mentioned that it could reopen as soon as the end of the year. Over the course of the weekend, rumors have run wild and speculations and opinions have spread over social media.

UPDATE: The marine park has been reopened for scuba diving. The only part of the park still closed is the popular snorkeling area known as El Cielo.

The fact is that at the end of 2018, Cozumel’s coral reefs have seen a huge decline. The reef has been infected by a disease called Stony Coral Tissue Loss, SCTL. Not to be confused with coral bleaching (something entirely different). This suspected bacterial infection rapidly spreads killing many species of hard coral such as brain coral and flower coral being the first to go. The first sighting of it was in the Miami area in 2014.

The Cozumel Marine Park has acknowledged that cruise ships and the mismanagement of waste at coastal hotels along the marine park are amongst the issues that fuel the spread of the disease. The closing part of the marine park to divers is going to create awareness of the problems that the reefs in Cozumel are now facing.

The good news for divers coming to Cozumel at the end of 2019 is that there are plenty of good dive sites to dive outside of the closed areas and they are the ones richest in marine life.

Some of the sites that are not affected by the Cozumel Marine park closure are:

Which Dive Sites Will be Closed in Cozumel

The dive sites that will be closed in Cozumel are all dive sites from the Palancar pier, South.

This includes; all of the Palancar dive sites, Colombia, Punta Sur, El Cielo, and Maracaibo.

When will the Cozumel Dive Sites Close

The date of the official closure will be October 7th, 2019. From this date forward The Navy will have 2 boats enforcing the closure in these areas until they announce a reopening of these sites.

They have had multiple meetings announcing the details of the closure that were filled with unhappy tour operators that are concerned about the backlash and economic impacts that the closure will have and the future of the state of Cozumel’s coral reefs.

The outcry from many marine park permit holders is to have a PROFEPA office in Cozumel that can police the marine park and keep out the many illegal dive and snorkel operators as well as illegal fishing that occurs daily within the marine park.

We look forward to this action eliminating some of the issues that surround Cozumel’s coral reefs allowing some time for our wildlife to recover.