Whether you are a first time visitor to the island or you have been vacationing in Cozumel for decades, there is a good chance you don’t have very many Cozumel facts, I know I didn’t! So I asked my good friend Bill from Casa Phoenix to share his knowledge of the history of Cozumel with us. It’s a pretty cool story.

The History of Cozumel

Each year some 17 billion tourists arrive in Cozumel.

OK, so I made that number up, but whatever it is, it’s higher than any of us can count. So it might as well be 17 billion or 17 trillion for all I know.

If you have ever tried getting a taxi when the cruise ships are in town, you will think I’ve underestimated the number.

But very few of these intrepid explorers, whether they come by cruise ship for a day, or charter flight for a week, realize they are trodding the same ground that once shook under the feet of fierce Mayan warriors. The very land that soaked up the blood of human sacrifices to the goddess Ixchel, and that witnessed the likes of Conquistador Hernán (or Hernando) Cortéz and infamous pirates such as Henry Morgan and Jean Laffite.

Even some Cozumeleños will admit they need to brush up on their history once in a while.

Journey back in time

So let’s take a mental journey down the dim corridors of time, back to a simpler age on what used to be known as An’-Cuzamil-Peten, Mayan for the Land of the Swallows.

In fact, I suspect it was because of Carlos n’ Charlie’s that the Mayans named it the “Land of the Swallows.”

Scholars date the habitation of Cozumel from approximately 300 A.D., although a much earlier date is indeed possible. In this first 500 years, nothing is really known with historical accuracy. The oldest ruins, dating from about 800 A.D., are shrines to Ixchel, the goddess of the moon, the sea and fertility (I don’t want to say she was a dog, more like the whole kennel, but the fact that she could become the goddess of fertility with a face and body like that should give hope to any woman).

Every year, young, nubile Mayan women made pilgrimages to Cozumel to participate in the rites of the Ixchel fertility cult. Later this became known as Spring Break… 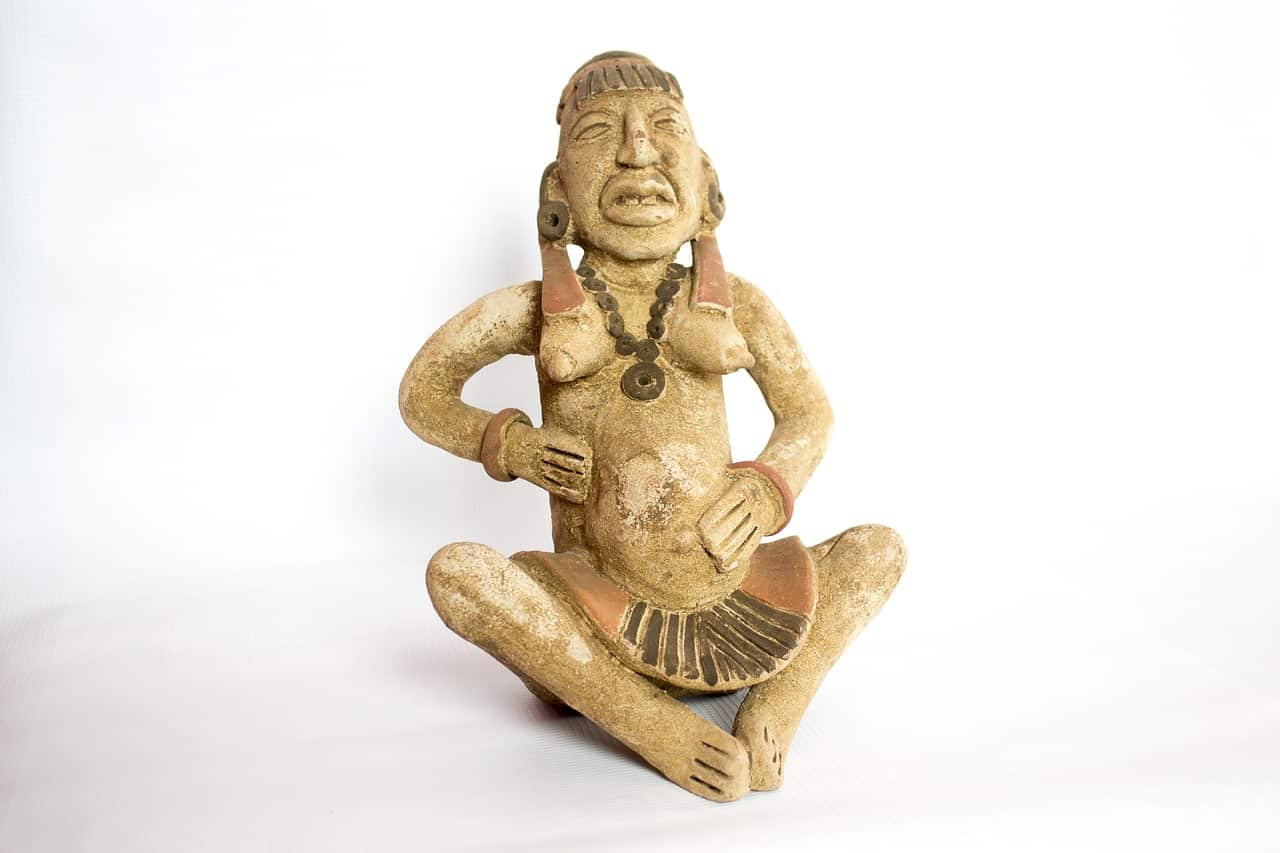 The arrival of the Europeans

The first Europeans known to have visited Cozumel were Captain Enciso y Valdivia and about 11 others (including two women) who survived the wreck of their ship south of Jamaica.

After drifting for about two weeks and losing at least seven of the original 18 to dehydration and starvation, they made it to the eastern shore of Cozumel in 1511. They were overjoyed when their Mayan hosts said that their only desire was to serve them. Unfortunately, the Mayans meant for dinner.
Mayan sacrifices in Cozumel

Valdivia and four others were sacrificed to Ixchel and served with fava beans and a nice glass of Mayan chianti. The rest were put in cages to fatten them up for a future feast, but, party-poopers that they were, they escaped.

Unlike their descendants, the early Mayans had a lot to learn about encouraging the tourist trade.

Most of the survivors of the Valdivia massacre soon died. Only two remained: Jeronimo de Aguilar and Gonzalo Guerrero. They escaped to the mainland before they could be the main course, went their separate ways and were promptly enslaved by a couple of local Mayan warlords.

Moreover, you think you have a tough life.

A few years later, while Aguilar and Guererro were still guests of the warlords, Cozumel witnessed the arrival of the first white men since the ill-fated Valdivia party.
Juan de Grijalva and his crew were blown off course on May 3, 1518, in their search for gold. This time the Mayans hid from the tourists (they still didn’t get it), and both they and the gold remained elusive, so Grijalva moved on to what he hoped would be more golden pastures.

Grijalva is known as the “discoverer” of Cozumel — one wonders what the ancient Mayans, and before them, the Olmecs, would have thought of that — basically because he lived to tell about it. By all rights, the honor should go to the martyr Valdivia.

However, it is the survivors who write the history books.

Meanwhile, Guerrero converted to the Mayan religion, married the daughter of his master, had three children by her and became a cacique, or warlord. He even advised his Mayan
father-in-law how to fight Francisco Fernández de Córdoba and led the native people in several battles against the Spanish. 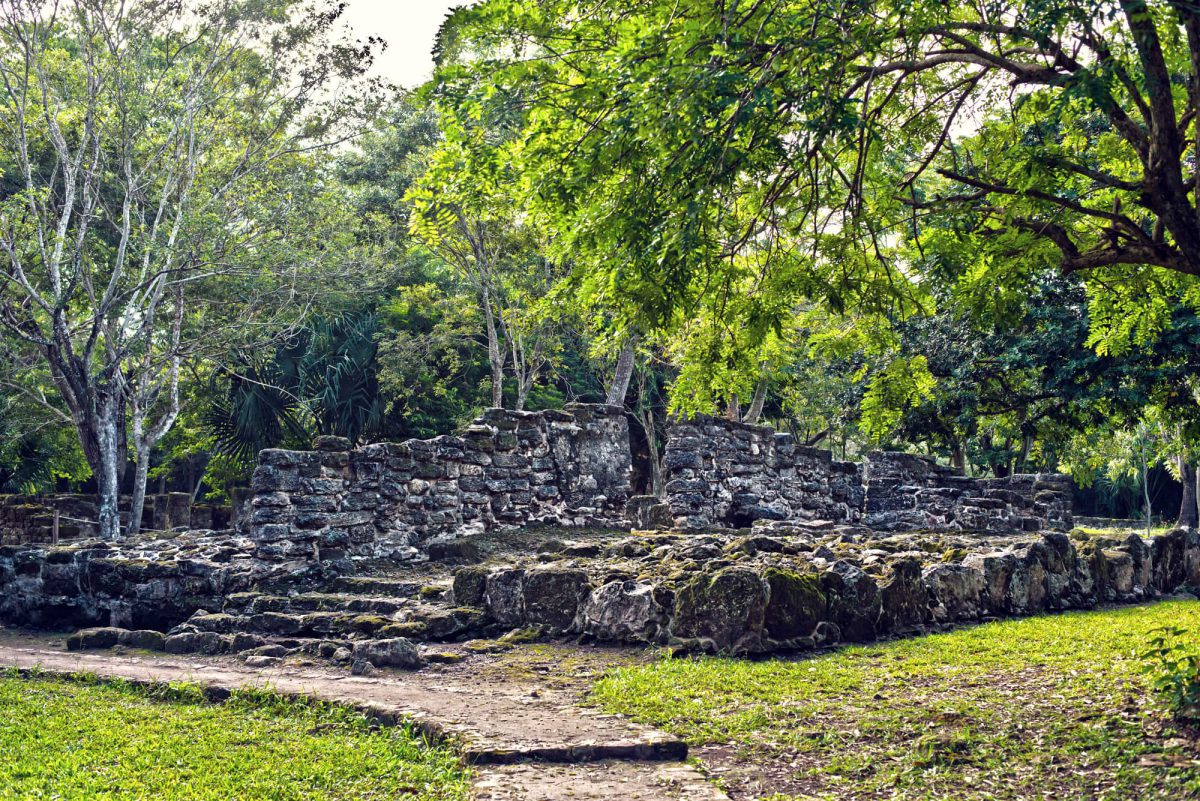 Aguilar, who had studied for the Catholic priesthood, remained loyal to Spain throughout his eight years of slavery. When Cortez heard of his plight, he sent a few green glass beads to Aguilar’s master as ransom. Granted his freedom, Aguilar hurried to meet the Conquistador who had recently taken over Cozumel with 11 ships and 750 men.

However, before joining Cortéz, Aguilar made a quick side trip to Tulum to visit his former shipmate Guerrero and invite him “home.” By then Gurrerro no longer regarded himself as a Spaniard but as a Mayan, and he had a tattooed face, rings in his ears, a gold bar in his nose and a large chunk of jade in his lip to prove it. While he was cordial to his old friend, he vowed to stay and fight the Spanish side-by-side with his adopted people.

Aguilar then joined Cortez in Cozumel and became one of his most trusted interpreters, guides and advisors. Historians credit him as critical to the success of the Spanish conquest of Mexico and Central America.

So, if it weren’t for this little island, Captain Valdivia and his crew, including Jeronimo de Aguilar, might never have been heard from again. Instead, their bumping into Cozumel changed the course of world history.

By Bill – Owner of  Casa Pheonix 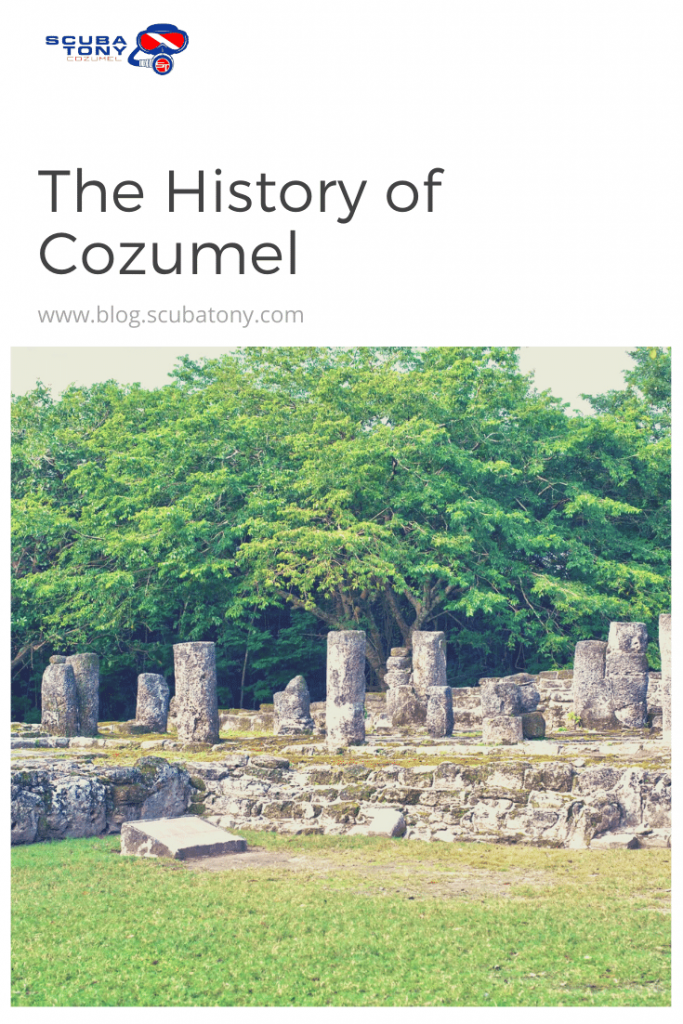 How To Enjoy Carnaval In Cozumel 2020 Like A Local